OpenMedia specs, including OpenRTB 3.0 Finalized and Ready for Adoption

Today, IAB Tech Lab’s OpenRTB working group announced that the much-anticipated OpenRTB 3.0, AdCOM 1.0, and Ad Management 1.0 specifications are finalized and ready for industry adoption. Ads.cert: Signed Bid Requests remains in beta for continued early implementations, and participation with the working group to work on ads.cert is encouraged. After a vibrant review process with the working group, the finalized OpenRTB 3.0 specification comes just at the moment when the industry is calling for better transparency and trust in programmatic supply chains.

As part of the OpenMedia programmatic specification suite, OpenRTB 3.0 is a transactional specification that must be used in conjunction with business object specification AdCOM 1.0. This reorganized structure supports efficient and dynamic updates as the programmatic industry grows. AdCOM 1.0 expands support for media channels, now including Native (in fact, the Native RTB specification is now part of AdCOM 1.0) and also digital out of home.

“The OpenRTB 3.0 suite represents numerous important steps forward – one of which is bringing native into the core display standard. Increasingly, native is being treated as ‘modern display’ rather than something completely new and different, so this update reflects that” said Curt Larson, Chief Product Officer at Sharethrough. “We are also really excited about the security aspects of the ads.cert proposal, and are eager to work with our partners in the first half of 2019 to implement.”

“Tech Lab is excited for the completion of the OpenRTB 3.0 and AdCOM 1.0 specs within the OpenMedia framework. This major overhaul by the working group supports global needs for trust and transparency — and does so in a clean, extensible, developer-friendly way,” said Dennis Buchheim, Senior Vice President & General Manager, IAB Tech Lab. “We look forward to education efforts in 2019 to support broad adoption.”

IAB Tech Lab looks forward to guiding the industry to full adoption. The OpenRTB Working Group will collaborate on implementations, creating guidance documentation as necessary throughout Q1 2019. Keep an eye out for webinars and learning sessions on how to implement OpenRTB 3.0 and AdCOM 1.0, and we look forward to the first live implementations launching as early as the first half of 2019. 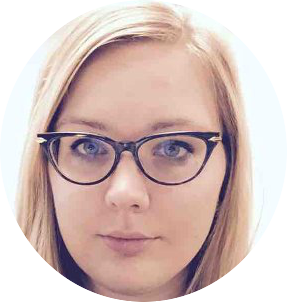 Be the first to know. Click here to sign up to receive news about the IAB Tech Lab programs, standards, events, classes, and more!