June 26, 2018 Update: IAB Tech Lab took over the OpenVV initiative in 2015 and has maintained the project with continuous updates through version 2.5. The original version was based on Flash technology but the industry has largely migrated to HTML5 Video.

Although we added functionality to support HTML5 in the past, the core libraries were designed for Flash and there was a clear need to build a new version based on HTML5 and recently introduced browser features like Intersection Observer.

Today, the Open VV working group is happy to release the beta version of Open VV for HTML5 video advertising for testing and public comments. The library provides viewability measurement in Javascript and uses Intersection Observer by default, but other measurement techniques can be configured.

The test page showing the demonstration using this library is available here: https://interactiveadvertisingbureau.github.io/openvv-html/

Beta test period: We encourage you to test the Open VV library and provide comments by adding issues and comments directly to the github repository by August 26, 2018.

A single open-source technology for measuring ad viewability, aligned with commonly agreed upon industry standards and exposed to broad technical review. The technology is distributed openly, free of cost.

As corporate citizens of the digital video ecosystem, we are advocates of transparent advertising transactions.  We believe in the open development of a single common technology for measuring video viewability. 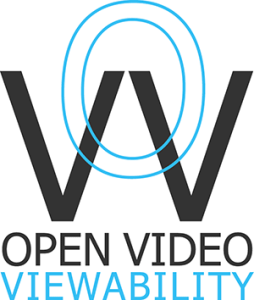 An Open Source Video Viewability Solution for All

As corporate citizens of the digital video ecosystem, we are advocates of transparent and trustworthy advertising transactions. As such, we believe digital video advertisers should have their ads delivered in a manner that is viewable to their target audience.

Further, we believe in the open development of a single common technology for measuring the viewability of digital video advertising. We assert that a common interoperable technical approach to measurement is preferable to multiple, incompatible and non-standard technologies. Our community favors a broadly available, merit-based open approach that ensures a common, agnostic approach to digital video advertising viewability measurement.